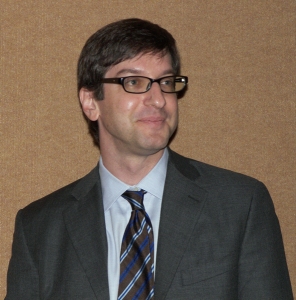 This talk by ﻿Prof. David Laibson about behavioural economics is definitely worth the 30 minutes he takes to explain the theory that is apparently driving a fair amount of public policy under the new government.

If you can’t spare that long then perhaps just skip to about 25 minutes in and see whether you think our government have the patience to stick to his conclusions.

I just point to the way that the Department for Education have decided that they will fund charities.

We are not seeking to fund research related activity, pilots, innovation projects or small scale projects, services or activities which we would expect to be commissioned locally.

It may be that all that work has been done already, but if so then I’m not aware of it in the field that I’m supposedly an expert.

This really isn’t new, the early days of the last government were full of pilots that went on to be rolled out without evaluations being completed, flying in the face of the rhetoric of evidence based policy.

But it just goes to show that where academic theory does get a purchase on public policy bits fall off the sides.

I live in Lewisham, South East London, and spent 9 years as a Labour councillor in the borough between 1997 and 2006.
View all posts by Andrew Brown →
This entry was posted in Civic Society. Bookmark the permalink.